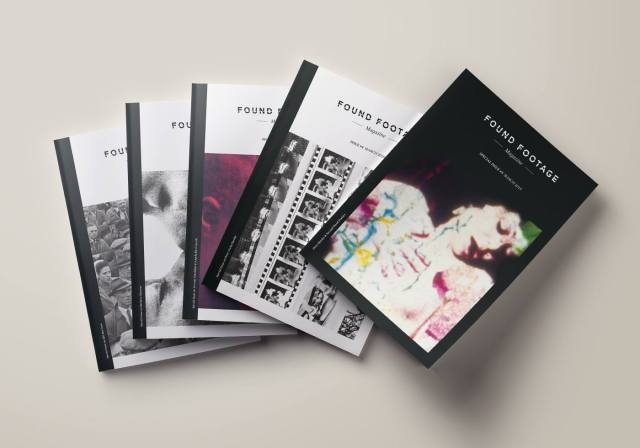 As a way of introducing you to some amazing people working in the fields of artist moving image, experimental film and alternative cinema, we have concocted a short questionnaire. Today we speak to Found Footage Magazine’s César Ustarroz.

My name is César Ustarroz, and I run a printed film studies journal called Found Footage Magazine. Of course this could not be done without the help of my wife, Cristina Martínez, and a dedicated staff of associate editors like Matt Levine, Scott MacDonald, Anna Lima, Alejandro Bachmann and André Habib. They are always ready to assist us.

Very bad at rescuing such early memories… Wait a minute… It could be Mazinger Z. Someone brought to someone’s birthday party a VHS rental videocassette. Those primeval robots were all the rage in the Eighties, combating the evil, with Aphrodite shooting her… x weapons. Well, you know, incubating fantasies in tender little heads. At that time, a wonderful combination with Nutella sandwiches.

I recently saw a beautiful movie, Lazzaro felice by Alice Rohrwacher. It has left a deep imprint on me. Lazzaro felice encapsulates a captivating story where social strata collide, through generations, in time and space. A bearded man said once that societal inequality is not a natural phenomenon but the result of power inequalities, of the type of relationship that individuals have with the means of production. The great virtue of this film is to remind us of this message in a tasteful and poetic way.

I studied history in college, then anthropology, then filmmaking, factors that have exercised a strong influence on the decision to join film studies, in thinking and writing on cinema by drawing analogies with phenomena in other fields; after all, we are dealing with approximations to reality, with reconstructions that derive from interpretation and experimentation (theoretical or empirical). I guess my attraction for found footage filmmaking practices emerged from all those waters too. As time passed, I realized that found footage filmmaking and its peripheral manifestations constitute formidable tools to revisit the cultural heritage and the multiplicity of its faces, to explore, understand, and unveil the aspects of any cultural activity we receive from the past in the form of images and sounds, and most importantly, to question given assumptions of who we are. According to Eco, all this sounds like a telluric power guided this path. Who knows?!

Schrader’s Blue Collar is one of my favourite films ever. Motown sounds are still hitting hard with Ry Cooder at the guitar.

A Kracauer one, an Eisenstein, a Metz… Also, I would recommend Theodore Roszak’s Flicker. Sacramental breads and fine smacks are delivered with an open hand to cinephiles of all colors in a witty and well-documented fiction work that extends his tentacles to all the ambits of cinema. There are important lessons to be learnt from this book.

Let´s put a Hollywood movie together with its reflection in found footage cinema. By instance, Robert Aldrich’s What Ever Happened to Baby Jane? along with Soda_Jerk’s The Time That Remains; Sidney J. Furie’s 1981 film The Entity with Peter Tscherkassky’s Outer Space; and why not, a horror classic from Europe like Mario Bava’s La maschera del demonio, with Takeshi Murata’s Untitled (Silver).

Thank God, I do not have idols. However, I always enjoy to return to Douglas Sirk, Yasujiro Ozu, Theo Angelopoulos, Bergman, Welles, Kiarostami… a constellation of them… impossible to list all. In a more degenerated factory of dreams, what I am curious about is to see what’s next from Panos Cosmatos.

Now, we are working in the next issue of Found Footage Magazine, pouring our heart into this editorial project. A print publication in these days, with no institutional or private funding, is like shooting itself in the foot. But we believe in it, it´s our only child, and we are strongly attached to it, to our collaborators, and readers. That´s why we always try to do the best in each issue we release. It takes us a full year to prepare each, to select interesting content by new authors, to include leading scholars, to deliver to the readers fascinating interviews with filmmakers and visual artists. This flux capacitor consumes a lot of energy and, by now, it can move us further in time. Who knows what comes next. All that Heaven Allows.

Thank you friends, a privilege to be in Film Panic. 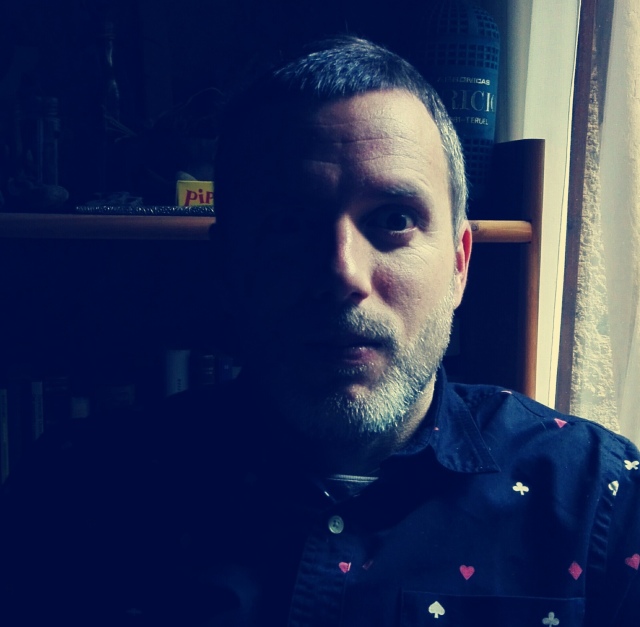