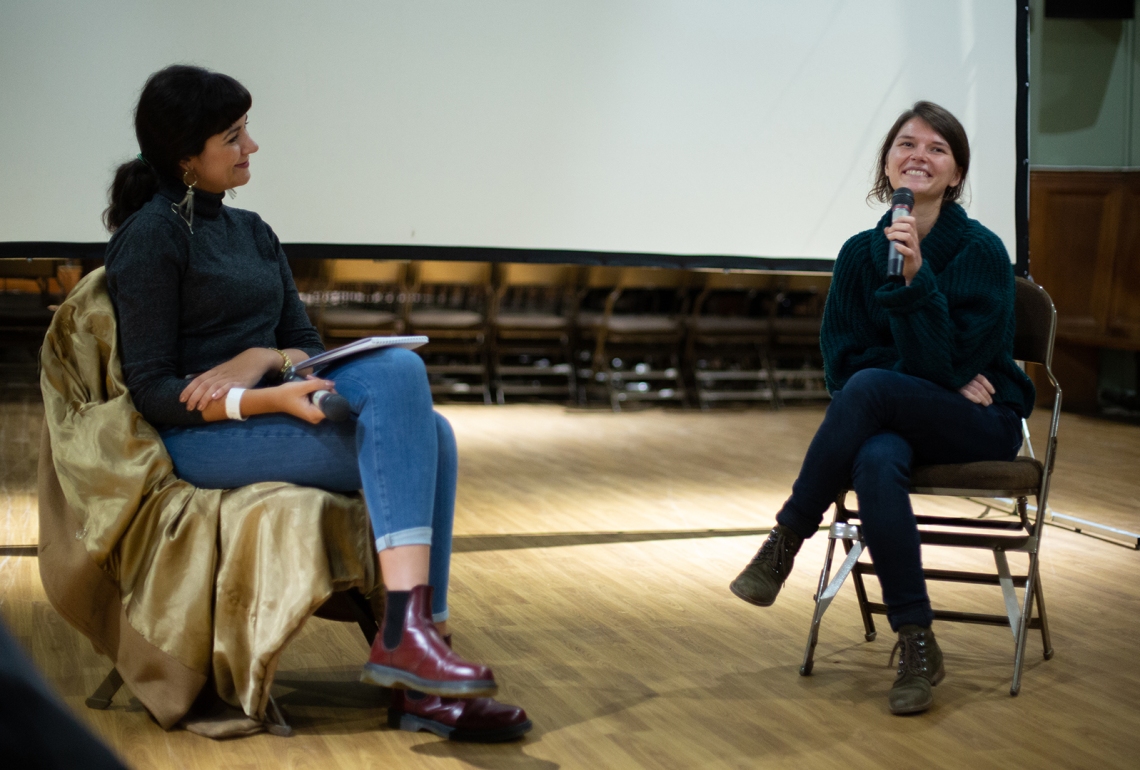 Transcript from post screening Q&A with Meltse Van Coillie, director of elephantfish, at Slow Film Festival 2019. This Q&A was led by Savina Petkova.

SP: First off I want to ask you what is your take on the relationship between film and dreams, and tell us a little bit more about the beginning of the film and who is dreaming.

MELTSE: So because you’re in this enclosed space, it’s dark, cinema is like a dream right. And also editing creates similarities because you can jump in time and space. The dream in the film is almost like a plan b. I wrote it in the scenario before going on the boat and for me I just put in everything that I wanted people to think and feel in the film to be in the dream that I wrote down. But I didn’t want to use it because I wanted to talk with the seamen about their dreams and maybe use one of theirs, perhaps with a bit of editing. But in the end it did end up in the film because you need this starting point. If it was not there it would be quite hard to jump in. I did a few test screenings and it felt it needed it, so that’s why it’s there.

SP: So this was your graduation film. Can you tell us a bit more about how it came about. What your first idea was. Where did you find the boat and the seamen?

MELTSE: So I always like to start from contrasts, and not just things that contrast to my own experience but also places and things that contain contrasts within themselves. The ship is a very enclosed environment, you’re really locked in this space, but you’re all the time surrounded by this everlasting horizon that translates to freedom. When you look at the sea it is so liberating to see so far with your eyes. Also because of the idea of journey it again feels liberating, you can travel the world. These guys are sailing from one place to another all the time. But actually they don’t really see anything, it’s just a line that they see all the time. So that was the starting point. Then I went and watched a lot of ships, just finding out what companies there were, writing down their names and calling them up and asking if I could go on board with them. It was hard, but finally I found some family companies in the Netherlands and there I was able to travel on a few ships before coming to this one. I liked this one the best not only because of the looks and colours that I found there but also the people. They were cast in that way because they are the real sailors of the ship. I had a good connection with all of them and they wanted to be in the film which is a real gift and is why I shot there.

SP: How long did the whole shoot take, from beginning to end?

MELTSE: The shoot took one month. But the whole production process was a year and a half.

SP: I love the camera work. It’s free flowing. Its pans and zooms are equally gentle inside and outside when filming the sea. I know your DOP is here, so could you talk about the camera’s presence in film.

MELTSE: The camera man is here indeed, he’s sitting over there. He’s been involved from the beginning in the idea because we also live together. We talked a lot and we both value the form of film as much as the content of film so it was necessary to find the right formalistic approach for what we wanted to tell. We tried to develop this language together of this constant movement, the constant movement of time. We tested a lot of things out. Harm, the camera man, even developed his own follow focus because we didn’t have much money. He created the follow focus with a remote controlled toy car. He made it into a ring for the gimbal on the steady cam. And we rehearsed a lot while we were there. We did only two shots a day I think but we rehearsed all morning and then looked through the rehearsal footage and then brought in the actors. It was a long process. It was just the two of us.

AUDIENCE MEMBER: What was in the hold?

MELTSE: It was not an elephant, no, it’s true. This was actually a studio shoot. So I bought 6 tons of chalk powder and we built this pyramid with lots of holes in it, and then we put people in the pyramid with their heads in the holes so they could breathe and then we buried them. And then we choreographed movement so that everyone moved at the right time, and it was hard for them but eventually it worked.

AUDIENCE MEMBER: I don’t know how long that film was [27 minutes]. Did you know how big or long of a film it was going to be?

MELTSE: I didn’t really think about how long or short I wanted it to be but the first edit was 55 minutes, so it was a lot longer in the beginning and then I shortened it.

SP: Did you have a lot of footage before you cut it down?

MELTSE: The 55 minutes was pretty much all the footage. We had a lot of different takes but because it was very scripted we kept to that. We had a few documentary moments but most of it was scripted.

Click for more articles about the 2019 Slow Film Festival: 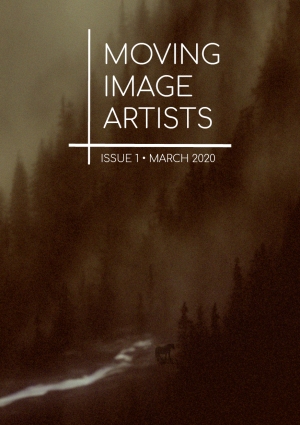