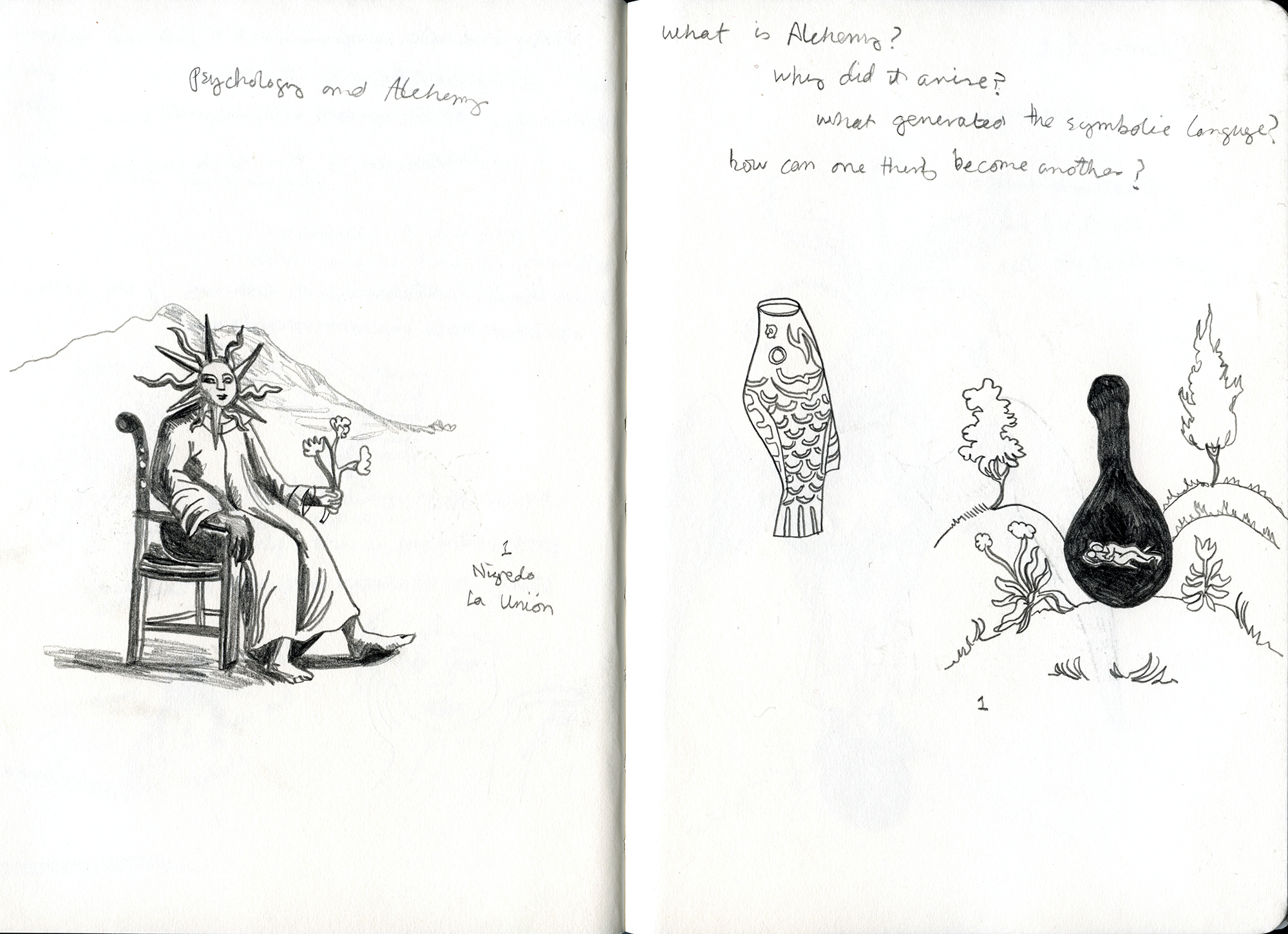 Léna Lewis-King explores the tensions between the concrete and the virtual in her work as a way of confronting patriarchal perspectives.

Recently, in response to Apertura Institute’s manifesto, filmmakers Kat Cutler-Mackenzie and Ben Caro discussed Moving Image as a medium that ‘Rang[es] from the hieroglyph to the shadow to the stain to the projection of the star’. This vast definition, that encompasses all things that are touched by light and vision, illustrates what brought me to filmmaking as an artistic tool: for its ability to synthesise complexity through using a range of techniques that form a vision that communicates and unfolds through time. The diversity of the kinds of processes that go into the production of a film is continually challenging, and this always pushes me to experiment with new ways of seeing, of listening, and of processing the world we live in. After I began to explore Moving Image as a medium, it quickly became fundamental to my encounters with the world and came to permeate everything I do, for better or for worse.

I came to filmmaking from a fine-arts background (specifically from a practice of drawing and painting), and so for me, the creation and sharing of visual media is essential as a means for communication. My practice (in a few words) is one that is rooted in continual experimentation, in the spirit and incantation, and in questioning and deconstructing patriarchal perspectives and technologies in order to create space for alternatives to emerge. 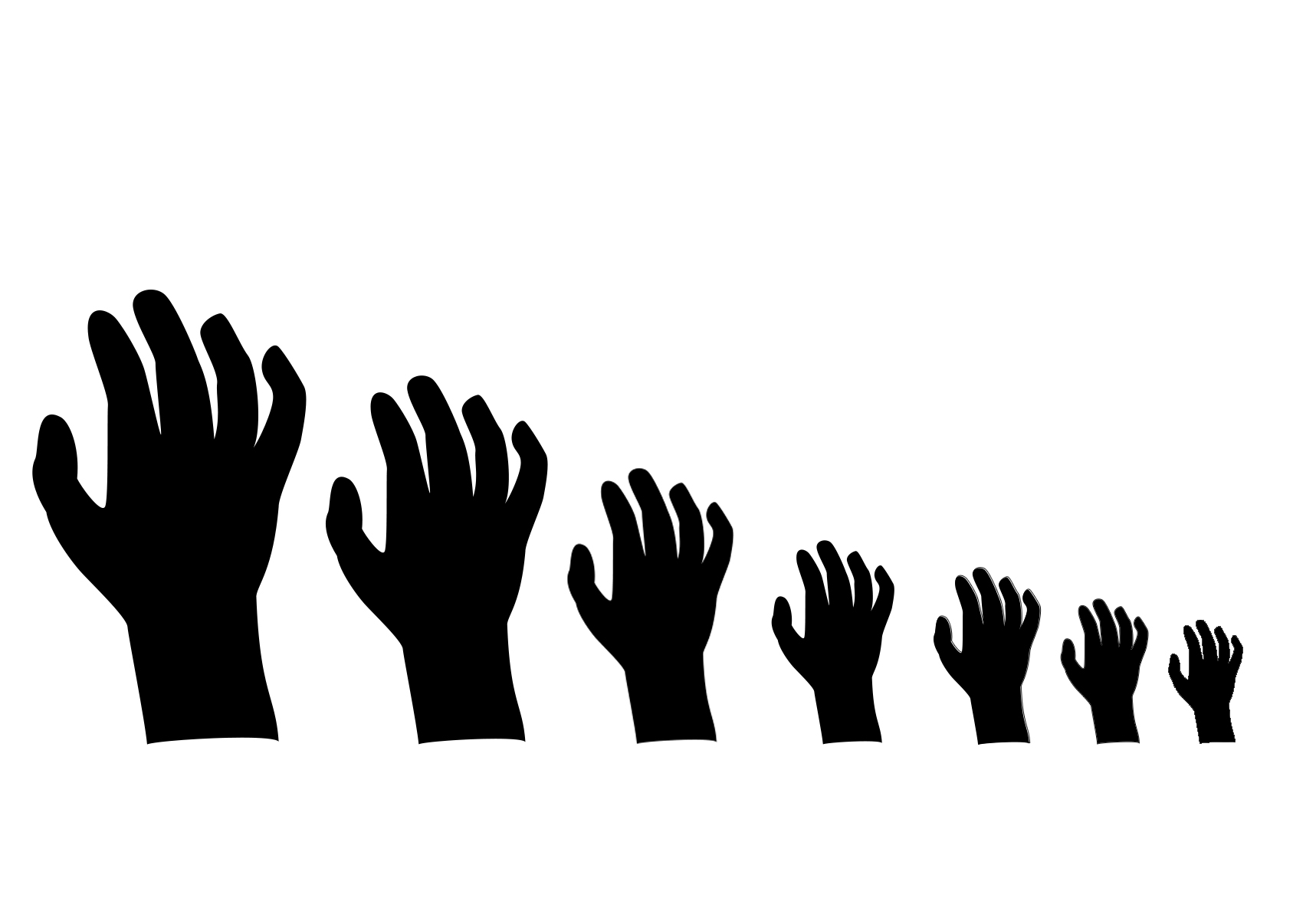 The hand (or hand-made) has always defined the films I make, from the research, to the production, to the content of the work itself. I often think with my hands, and allow them to concretise the feeling and sensations I have about a subject through the act of illustration. I find literally re-tracing the images and ideas of artists or photographers who came before me to be the most direct method of learning about composition and how to construct allegorical works.

The hand also relates to questions of authorship, in relation to gender and perspective. As I matured into art-making, the gaps in our collective histories that focus on women in art became cavernous, as the more I went looking for examples of women who thrived as artists throughout history, the more I was confronted with their absences, and the disparities between their legacies and the legacies of their male counterparts. I kept asking myself, where is it that these women, with their visions and their spirits, continue to exist if they are cut out from the history books? For me, they exist in the contact between their bodies and the works they made – records of that alchemical process that takes place when an intangible idea is transcribed into our material world. The hand is how we access, influence, sense, and encounter the physical world around us, and remains the most important tool in my filmmaking practice. Even without any budget, without access to collaborators or locations or equipment, I could compose a film from drawings in a sequence. Moving-image relies on the animation of still images in succession and creates a mimicry of motion. 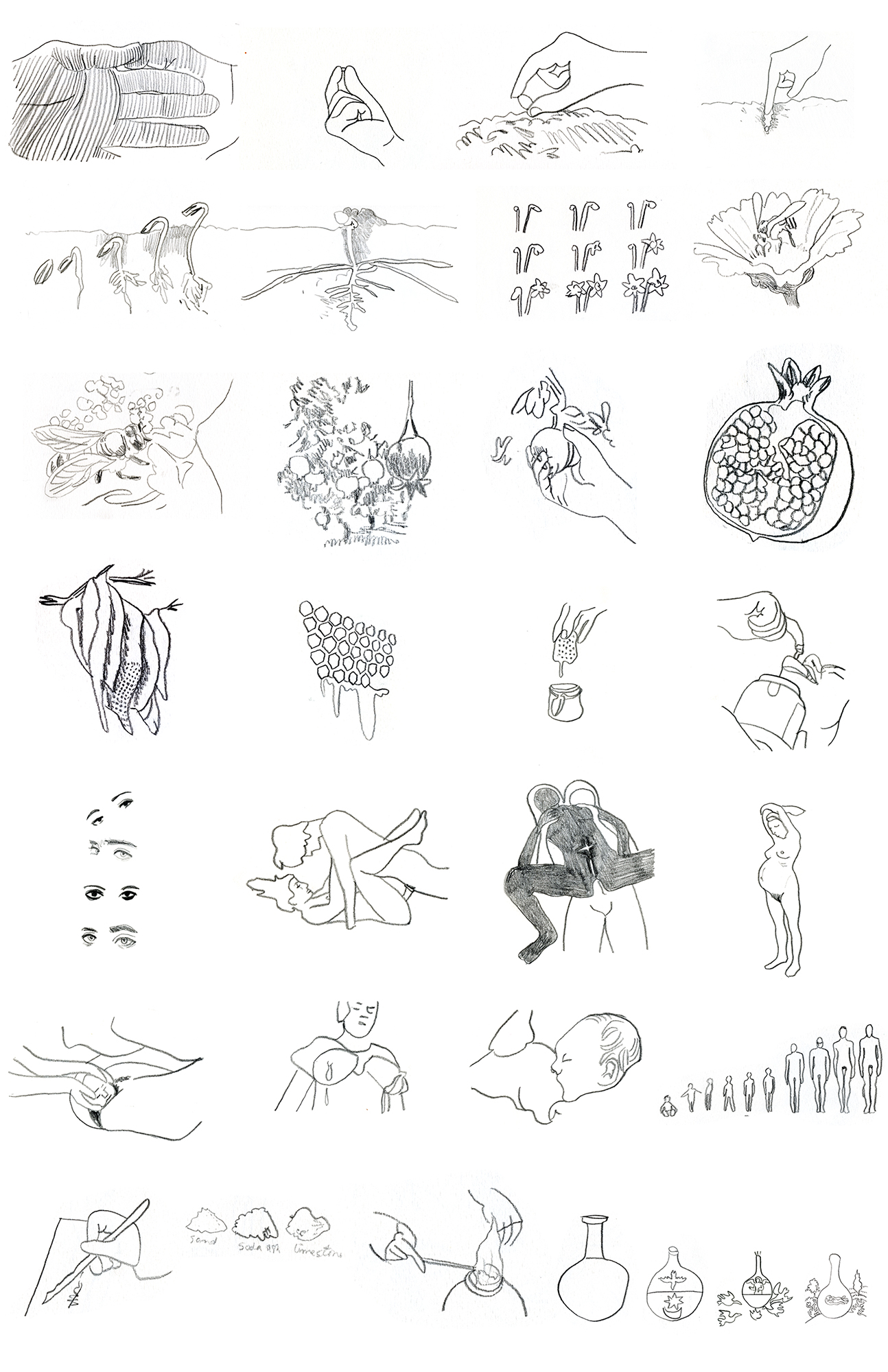 Before working with a camera to compose a film, I began with animation. Understanding the nature of film itself through the flickering of drawings in succession added a depth of awe that I carry with me into all my camera-based work. I often think about the production-lines of women who hand painted color onto early celluloid strips, as is discussed by Amanda Scherker in her 2019 article, ‘The Forgotten Women Who Hand-Painted the First Color Films’:

With a growing demand for professional film-coloring, some female colorists even opened their own studios, where they employed their own legions of young painters. One such French colorist was Elisabeth Thuillier, who owned and operated a workshop that worked on films for renowned director Georges Méliès from 1897 to 1912. Obsessively meticulous, Thuillier spent her nights sampling colors and planning palettes. By day, her crew of some 220 female workers executed her templates, delicately coating films with water-soluble aniline dye. Each woman applied a single shade at a time, in a rainbow-like Ford assembly line—a film could contain more than 20 distinct hues. Coloring each print of Méliès’s most famous work, (1902), required painting a grand total of 13,375 film frames.

The magic of early cinema (Mélies, Deren, Cocteau, Dulac, Buñuel) is inseparable from the role the hand played in the creation of their cinematic worlds. This fascination with early cinema and the hand-made emerged as a rebellion against the impersonal and abstract nature of the new virtual worlds we inhabit. The imprint of the spirit on material objects, of light on celluloid, possesses a feeling of magic to it that, in my view, is absent from digital media. 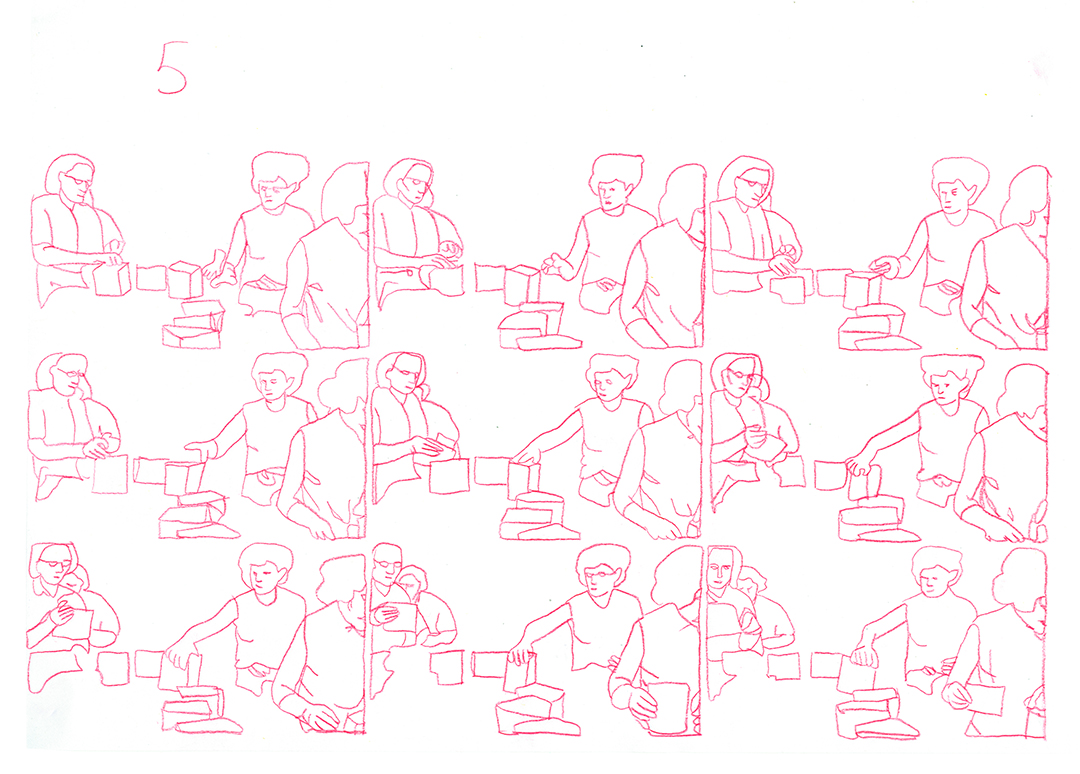 When I find myself overwhelmed by the capitalist acceleration of our society intertwined with technology, I ground myself in historical research that primarily focuses on the aftermath of the industrial revolution. In a virtual world, the hand no longer has the same role: it becomes the operator of data rather than an expressive and gestural organ. Even in contrast to the industrial age, (when we were pulling the levers of immense metallic machines) the modern hand is constricted even further – it taps, swipes, scrolls, clicks – but the visceral cause and effect relationship we have to physical objects has become augmented. I feel like the virtual is a shell, a non-substance devoid of the essence of life, that it’s a sublime kind of photocopy of our world transposed into pixels, code, and information systems. Yet, despite my polarised view of hand=good/virtual=bad, my whole life is interlinked with virtual media. The first artworks I made as a teenager were digital illustrations, devoid of texture or form. Smartphones are the swiss army knives of cyborg appendages that turn us into instant flashlights, cameras, mirrors, radios, archivists and encyclopaedias. My ability to make films rests upon my access to a laptop, software and the endless terabytes of various harddrives laden with un-used images, videos, research, and texts, waiting for the day on that obscured horizon I may reanimate them and give them purpose.

My cyborg life is at continual stand-off with my desires to find what is ‘real’. Whilst my use of technology allows for a relationship with the world that is defined by the obsessive adoration of vision, inquiry, composition, and capturing – it has equally stolen from me an experience of living free from control or self-consciousness. Everything becomes an act of witnessing, of potential deconstruction, of the need to capture and replicate what exists in front of me. The concept of ‘being in time’ is a distant memory, from a phone-free childhood idealised and inaccessible. The departure from celluloid based photography into digital photography nurtures this disassociated relationship with the world – the phone becomes an imagined and vast library – a museum without walls that makes up a life passing by in fragments and images. Do the images become more important than their subjects? How do memory and image interact and influence each other?

These frictions between the concrete and the virtual, the head and the heart, body and spirit, women and patriarchy, earth and artifice, industry and virtuality, generates the energy and desire behind my artistic practice. Nothing is resolved, only opened further. My two latest projects, Figure 1 and The Copper Kings, frame topics of labor, capitalism, the body, the tools and philosophies of the patriarchy through a feminist lens, and are the result of a tapestry of research spanning from art historical imagery, photography, books, podcasts, articles, and of course films (Three or more ecologies by Angela Olga Anderson, Essere Donne by Cecilia Magnini, and the filmographies of Agnés Varda, Wim Wenders, and Hito Steyerl). Being able to pull apart each subject, and each filmmaking process, allows me to find, hone in, and process what lies at the core of the topic, in order to transform it through the technique and placement of that work within the sequence and through my reflections and visions.

Ultimately film to me is connected directly to expressions of the spirit. Focusing on the power and visions of the spirit feels like a rebellion against the virtual: a constructed world programmed according to dogmatic and patriarchal philosophies. Film allows for the formation of mysterious dream-worlds, and for the traces of life to become enmeshed with something cosmic and unknowable. In ‘Jean Cocteau speaks to the year 2000’ he touches on the mutability of being and of the creative self/spirit within:

Of course, I wish people could keep of me the image of the other, of these countless others I have been, the mysterious other that inhabits me. I don’t want to be remembered as the self speaking to you, but as the self who has been speaking in the shadows, my shadows, and who has been expressing himself without control, because I repeat: Control is a dangerous thing and errors, errors are what is the real expression of an individual.